Garavogue is not the original name of the river, which was earlier and for centuries called the Sligeach, a name meaning abounding in shells, by the native local population. The river gave its name firstly to the town that grew up on its banks from the 13th century, and then to the county that was established in the late 16th and early 17th century. From Lough Gill, the Garavogue winds through Sligo town and flows into Sligo Bay. This pre-tidal course is less than two miles (3.2 km) long, making it possibly the shortest significant river in Ireland. 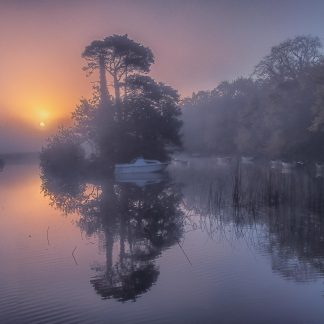